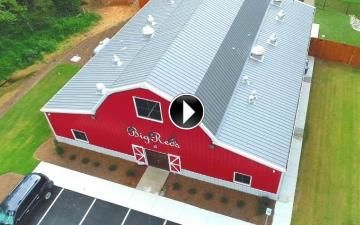 Why Choose Us For Your
Apache Junction Building Project

CALL US and we'll explain the Apache Junction AZ building process 'from quote to completion', provide you with realistic budgeting numbers for materials, concrete and erecting, and share with you realistic timeframes for engineering, fabrication, and erecting of your project.

Originally Youngberg, it was later named Apache Junction after the junction of Apache Trail and Old West Highway.

Enjoyed by tourists since 1922, the "Circle Trail" is a 120 mile long scenic route that provides tourists with breathtaking views of the mountains, lake shores, desert, old mining towns, and eroded canyons and both starts and ends in Apache Junction.

In 1959, construction began on an 1,800 acre movie set used to promote the area to the young film industry. Named "Apacheland", the backdrop of the breathtaking Superstition Mountains would make it a popular location for filming western TV shows and movies for decades.

Apacheland was a big success, attracted movie studios and production companies, along with famous actors of the time, including: Elvis Presley, Jason Robards, Ronald Reagan and Audie Murphy.

Apacheland was nearly destroyed by fire 10 years after it opened and was rebuilt. Again hit by a second fire, just as severe, in 2004, it was not rebuilt and closed.

You'll be in good company when you chose Buck Steel for your Apache Junction building project!